Microsoft’s partnership with Becton Dickinson (BD), one of the world’s largest medical technology companies, allowed BD to save huge amounts of time and money while Microsoft helped them move to the cloud. In addition to gaining efficiencies and new functionalities, BD pioneered the way for other enterprise companies to successfully move large applications to the cloud. There was a success story to tell, and Microsoft chose Cadence Preferred to help tell that story.

Off to Franklin Lakes, New Jersey

After several rounds of interviews with key players, our team had realized there were multiple stories to tell. Microsoft chose the areas to focus on and it was time to fly out to BD’s headquarters. We met the BD team for a series of on-camera interviews and photo shoots. As a result, we gained a strong understanding of the immensity of the project they had undertaken.

We spent a few days filming interviews and gathered additional footage to help tell the success story. The synergies of the subjects and crew made for a positive experience and a successful production shoot. As we flew back to Seattle, we were excited to share the story and looked forward to the creation process.

Our video editors were hard at work, creating multiple videos to show different sides of the Microsoft-BD success story. While they cut together drafts for these videos, we had our other content creators working on written case studies and accompanying summary slides.

While the videos described the projects at a high level and shared the stories of the individual participants, the written stories offered a deeper dive into the details and challenges overcome by the team as they implemented each phase of the cloud migration project.

Cadence Preferred handled all these details, so that the storytelling process would be seamless for our customer. 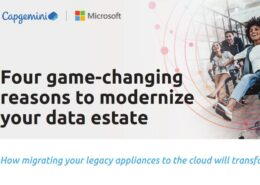 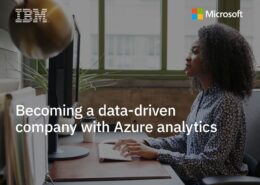 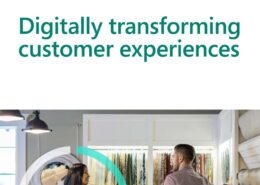 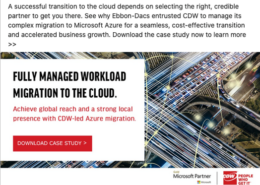